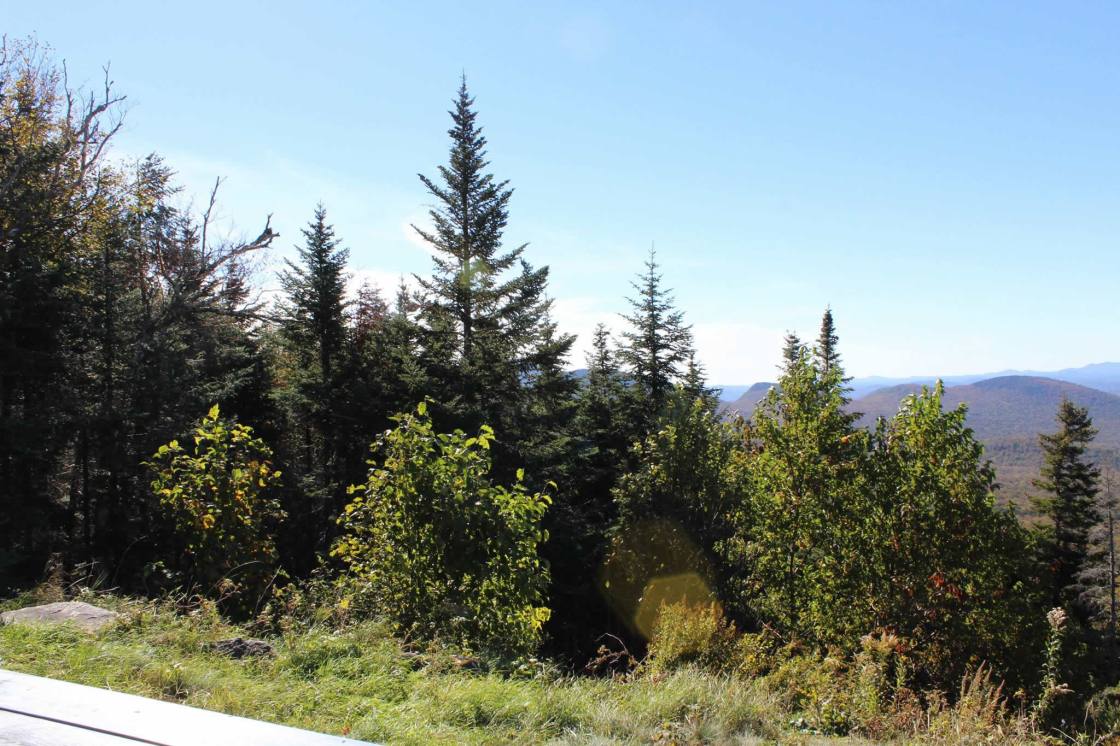 Outdoors in the North

While today’s generation may be glued to their iPods and video game consoles, others are entertained by the outdoors. From the casual observer, to the adrenaline junkie, the natural sights and sounds are proof that people are still drawn to the outdoors, and some find unexpected health benefits as a result.

The nearby Adirondack Mountains are a draw for many. Part of their legacy includes being able to climb the Adirondacks’ 46 highest peaks. People who accomplish this call themselves “46ers.” From Mt. Marcy, the tallest peak at 5,344 feet, to Mt. Couchsachraga standing at 3,820 feet, these peaks can terrify some but encourage others. And thus, people become part of the challenge.

Grace Delurey, a Plattsburgh State student, says she has climbed 10 of the 46 peaks and is well on her way to finishing them. Delurey says the more she hikes, the more she enjoys it. “I want to become a 46er before I’m incapable of hiking,” she says, chuckling. “The view at the top is so rewarding, and it’s great exercise, too. You can’t go wrong.” Delurey has hiked Mt. Marcy, her first high peak, with her parents for her father’s 50Th birthday. She considers her family to be an active group. While she doesn’t originally consider herself a hiker, she now embraces the lifestyle she says she originally couldn’t stand.

There is good news for Delurey and others enthusiastic about the outdoors: a University of Michigan study reveals that being in the outdoors – especially group walks or hikes – can have a positive effect on your health.

People who had recently experienced stressful life events like a serious illness, death of a loved one, marital separation or unemployment especially saw a mood boost after outdoor group walk according to the University of Michigan Health System, In “Examining group walks in nature and multiple aspects of well-being: A large scale study,” cited by the university, “researchers evaluated 1,991 participants from the Walking for Health program in England, which helps facilitate nearly 3,000 weekly walks and draws more than 70,000 regular walkers a year.”

Plattsburgh State is the only college in the country to host an expeditionary studies department. Jerry Isaak, the chair of the department, says the point is not for everyone to chase an adrenaline rush, but to teach people that once they claim their own love of the outdoors, it is up to them to help other people find it as well.

Isaak says there are two capstone courses in the program; the first being Expedition Planning and Theory where students design and prepare an expedition that they want to go on. The second capstone course is the trip itself. “We want students to be outdoor professionals, and to have experienced a liberal education,” Isaak says.

Ben Schneider, a Plattsburgh State expeditionary studies student, said he once kayaked whitewater rapids for a semester, which gave him a scar on his hand.

“It was during a class, we were playing in front of the Imperial Dam, and I edged or tilted my boat the wrong way,” he says. He and other students were in a ‘hydraulic,’ which he describes as churning water that results from water traveling downward and falling off of a ledge. The water then splashes and creates a certain amount of force. When there is a lot of water and a lot of force, that’s when you get a hydraulic. “It circulates back up, and it’s like this big, rolling, standing wave.”

When facing a hydraulic, the person in the kayak always wants to make sure his or her boat is on top of it, not underneath it according to Schneider, Unfortunately, in Schneider’s case, his boat went underneath, and he flipped over.

“I suddenly panicked, so I pushed off of the riverbed, and I dragged my left hand and my right thumb on a rock.”

Others are not so adventurous, but still take time to enjoy the outdoors.

In a hike on Whiteface Mountain, the fifth-highest peak in the nearby Adirondack Mountains, there are several – both young and old – who took time to enjoy the outdoors.

“This is our place of refuge,” he says. “Recharge the battery —when life gets too hectic, come up here and reset the clock.”

Mr. Rhode said he knows that not a lot of people take advantage of the natural wonders that await them.

“People miss out, it’s the simple things in life. You don’t need Xbox, you don’t need anything, and when I brought my kids up here when they were younger, they used to play Xbox all the time – no Xbox – take them out to the woods, and in an hour, they’re playing in a creek, with a stick and a stone, and they just have fun all day long.”

Mr. Rhode said his wedding guests who came to the Adirondacks could feel a decrease in heart rate and blood pressure.

“It’s a good place to find yourself,” he says.

Mrs. Rhode says coming back to nature has hidden benefits some would not even consider.

Francesca Muro, a Plattsburgh State student, says she occasionally struggles with depression and anxiety, and being in the outdoors with her friends helps put her mind at ease.

“I could have either lay in bed and been depressed or this – just turned everything around,” she says.

The Long Island native said people who are not familiar with the area may not know what is around them, but those who have a car should check it out.

“It’s absolutely breathtaking,” she says. “I feel like I don’t even have words to how beautiful it is out here.”

Story and photos by Tim Lyman