Music Guide for the Fall

Hip-hop is just one thing that we know will never go away. There will always be an abundance of music, whether it’s good or bad. Now that the summer is over, the music is known to slow down in terms of releases, but APN’s hip-hop tour guide is here to guide you on what’s to come.

To kick-off the fall edition of what’s to come from the music scene, we’ll take a look at Gucci Mane’s upcoming album. Just four months after releasing “DropTopWop,” Gucci Mane is set to drop his 11th studio album, “Mr. Davis,” his fourth project this year. It’s no coincidence that Gucci is keeping the steam going after receiving rave reviews for “DropTopWop.”

Paul A. Thompson, writer for Pitchfork.com, said, “Metro Boomin pulls the best out of Gucci Mane on his third LP since he was released from federal prison. Together, they are sharp and unhinged.”

Gucci Mane announced the release of his upcoming album by unleashing a crisp visual for his hit-single, “I Get The Bag,” featuring the Migos, who also has an album release later this year.

Keeping up with the theme of great bars and punchline, we are finally receiving “Freddy vs. Jason,” a collaboration tape between famed Brooklyn rapper Fabolous and hard-nosed Yonkers legend Jadakiss. For a rap fan, this certainly will be a dream album. The combination of Fab’s smooth wordplay and catchy choruses will fit perfectly with Jada’s hard-brass style. This project has been in the works for years, with countless bootleg tapes hitting the masses. 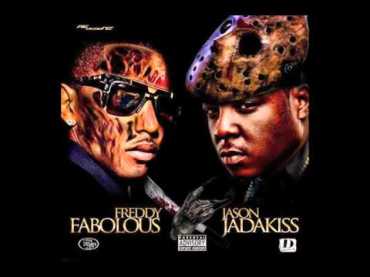 Here’s your warning: Several of the lines on the mixtape will fly over  a lot of people’s heads. Fabolous is known for creating content derived from current worldly issues. Fab’s content is also inspired by celebrities, like the Kardashians, as well as politics, especially the latest on Donald Trump’s presidency.

The long-anticipated mixtape is set to release on Halloween.

Switching over to pop tunes, Taylor Swift is returning from her three-year hiatus with her new album, “Reputation,” set to release November 10. The multi-grammy-winning artist has been extremely low-key, trying her best to stay out of the media eye, but with fans growing restless, Swift saw it as a perfect opportunity to make a comeback.

Following mammoth success from her single, “1989,” and the world tour that followed after, Swift looks to reclaim her spot back at the top.

There aren’t many details on the album (an interesting marketing move, Taylor), but nonetheless, fans are ecstatic to finally hear new music from Swift.

It’s only fitting that after talking about Taylor Swift, we find ourselves talking about Kanye West’s upcoming album, “Turbo Grafx 16.” Although we have no word on a release date, there’s been discussion of the album since West’s release of “The Life of Pablo.”

The album name is inspired by TurboGrafx 16, a video-game console released in the U.S. in 1989.

It’s been over a year now, so hopefully this winter we’re given another Yeezy classic.

Finally, we have “Culture 2” from the Migos. The three-headed monster from Atlanta has finally come up with somewhat of a release date. “Culture 2” is scheduled to be released some time in October without any setbacks, which is rare in hip-hop.

The album will follow up their release from earlier in the year, “Culture,” possibly the biggest mainstream hip-hop album in the past decade. Although the group is extremely private, we should trust the direction in which they want to take this album.

It looks like Quavo, one-third of the Migos,  is all in on releasing another Migos album before releasing a solo project, which fans have been waiting a long time for.