Shows Worth Rewatching on Netflix

You know that feeling when you start a new show on Netflix and all you want to do is binge watch the show all day until you finish it? But when you try to start another show, it doesn’t provide you with the same thrill or investment as a previous one you already finished. So you decide to rewatch the show, just to feel those episode thrills again. When rewatching a show, you can sometimes pick up on small things that you didn’t catch before. Maybe a foreshadow on an event that happens down the road that you just realized after rewatching it. Here are some shows that people have said are worth rewatching on Netflix.

Note: The list of shows are not in any order. 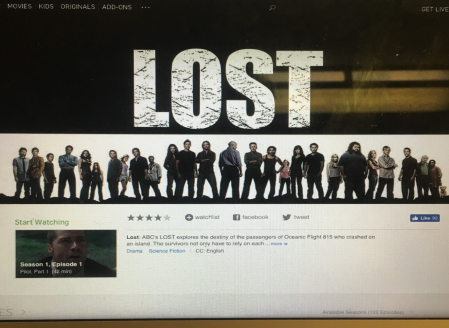 Survivors of a plane crash end up on a mysterious island. Each person who survived has a secret that will be revealed as the show progresses. The island itself is strange, and only more strange things eventually happen to the survivors.

“The show was complex enough that you could watch it over and still see new things that you never noticed,” Colow said.

Note Lost is no longer on Netflix but is on Hulu. 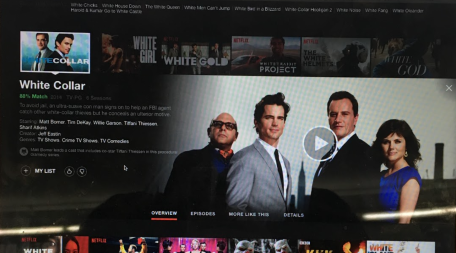 Neal Caffrey, longtime criminal, has had multiple run-ins with the FBI, especially with one particular agent, Peter Burke. Caffrey breaks out of maximum-security numerous times, and after the third time being caught, Burke offers him freedom if he helps the FBI catch criminals.

Jason Muller, SUNY Plattsburgh junior, said no matter how many times you rewatch this show it still gives you that thrill.

“The plot is so compelling that I have rewatched the show three times and the show has never gotten old,” Muller said. An adult sitcom that follows Hank Moody, a novelist, who struggles to raise his daughter, Becca, and still has some feelings for his ex-wife. Hank is also an alcoholic and a womanizer.

McAnthony Thimote, SUNY Plattsburgh senior, said he loved the show because he felt a connection to the main character, Hank Moody.

“Calforniacation was a good show to rewatch because it was relatable,” Thimote said. “It gives great life lessons and Hank Moody is the man.” 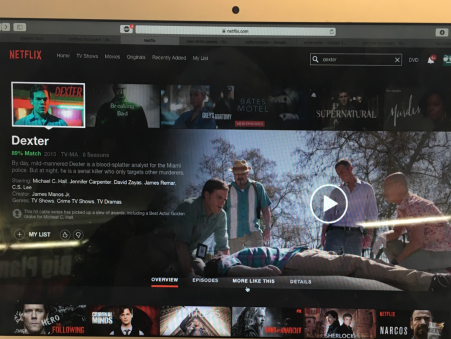 Dexter Morgan is a blood spatter analyst for the Miami PD. Dexter also has a shocking secret. He murders people, but only the guilty. Nobody knows his secret so Dexter lives a regular life.

“Dexter was a good show because anytime you thought that Dexter was gonna get caught he never did,” DeCarlo said. “People had their suspicions, but Dexter was so smart that he could not be traced.” 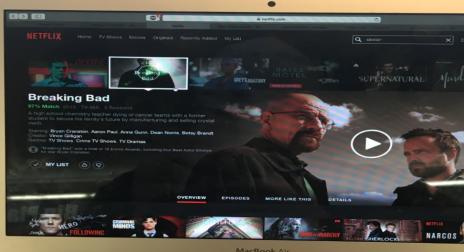 Walter White is a high school chemistry teacher who thinks his life is going nowhere. White’s wife is pregnant and their other son is battling with cerebral palsy. White is also dealing with terminal cancer. His treatment will cost the family a ton of money, so to make ends meet, White decides to turn the family RV into a meth lab.

Elizabeth Sacks, SUNY Plattsburgh junior, said the show provided her with so much excitement.

“I rewatched this show again and it still had me on the edge of my seat, Sacks said. “I really recommend this show to anyone and you can’t just watch it once.”

People rewatch shows for different reasons: they love the show so much, they might have missed something the first time they watched the show or they want to piece up a theory for a future event or season. Whatever the reason is, rewatching is always a good idea.