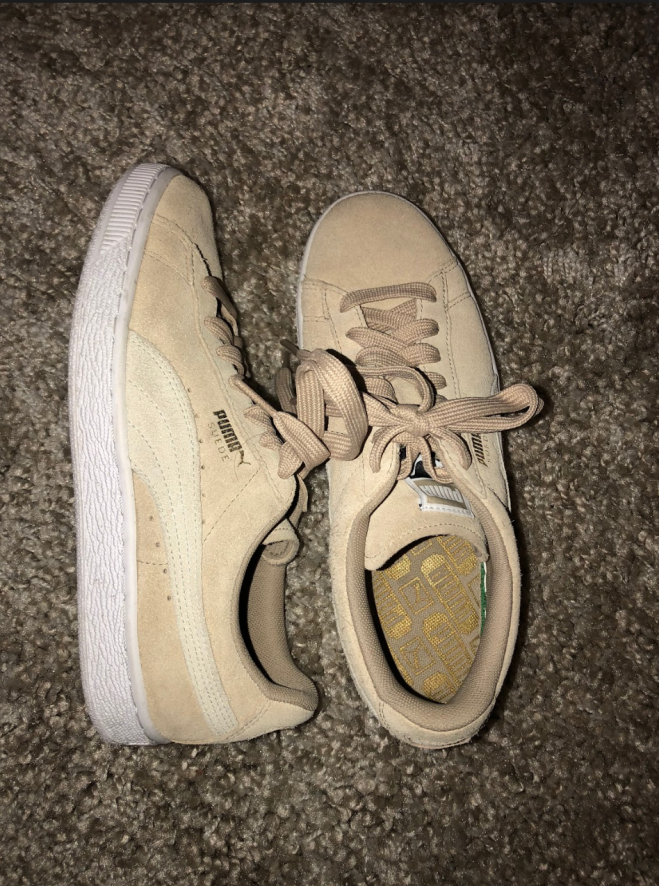 Fashion brands over the years have dropped many great limited edition collaborations with resale values through the roof on websites like eBay, where most people still sell their clothes. That has evolved so much. Of course, eBay is still being used today, but other apps have come forward like StockX, Grailed and Poshmark.

“I only really know the business of selling and buying sneakers. So typically, the person will order in bulk online and sell back to stores like StockX, Stadium Goods, things like that in order to make a profit. Most times it’s happening in bigger cities where connections are easier to get and typically you need to know someone in the business in order to start selling. Usually if they have a good rep selling and buying sneakers or clothing, they can sell to bigger stores like Kith or even Supreme. With that, usually the people selling and buying clothes get a discount through stores they’ve sold too or they are able to become brand reps for places like Supreme. It’s a really cool business that gets people a lot of connections.”

“So StockX is a website that that allows people to buy, sometimes used, but authentic bags, sneakers and clothing at a lower rate. Basically, you put what price you want to pay for that particular item and it can be like an auction or they have a buy it now price, which can be a little higher. That’s why some people choose to bid. The cool thing about StockX is that the buyers send the product once purchased to the company and they make sure that it’s authentic and then they ship it to you.”

“I know StockX started as a 10-man company and turned into a company with thousands of employees,” Colletti said.

Colletti also gave insight on his experience with reselling items.

“I sell my items on StockX,” Colletti said. “The process of reselling is based off what items you determine to be valuable and how quickly you can resell them while they are still desirable.”

It is hard to tell a resale value of an item, especially if you are not into streetwear as much. People might just want to get rid of things and will take anything for it, or they expect to get a large amount of money for the item and realize it is not really worth anything.

Luke Roderka, a senior SUNY Plattsburgh student, said he studies the market when he wants to resell his items.

“Determining the future price of something is very speculative and depends on the supply and the demand, the fundamental aspect of a market. Usually you look for what the demand is looking like and if there’s a stockist to show supply. With brands like Supreme, you’re usually guaranteed to make double on most items.”

StockX takes a percentage of what you sell, but as you sell more and more things that percentage goes down.

Colletti said he sells a lot of stuff on StockX.

“I’ve sold over 30 items. I was the highest level of seller, like they [StockX] barely took out any money from the transactions I made,” Colletti said.

Apps like that have helped the fashion industry, and there are so many apps out there that makes it easier to sell things, not just StockX.

Roderka gave other apps for people to sell things.

“I am a big user of apps like Grailed, Depop, eBay, GOAT, StockX and many more secondhand commerce apps, and I believe they have a big impact on the culture of fashion and footwear—good and bad. These apps allow people to find clothing or footwear they are looking for or allow people to learn about new brands or styles. These apps also provide a business or side hustle to many people, which draws a lot of people into this kind of stuff because there’s easy money to be made with little prior knowledge,” Roderka said.

“Some other places to sell sneakers are Stadium Goods, Fight Club, Cop Vs Drop and GOAT. There’s Facebook groups where a lot of people in the business talk and they also buy and sell through social media,” DeVito said.

Roderka said his most expensive item was a pair of sneakers.

“I think the most expensive item I sold was a pair of Zen Nike Air Yeezy’s for around $800 dollars, if I remember correctly,” Roderka said.

Colletti gave some tips for people who want to start selling.

“The tips I have are figure out what you want to sell, whether it’s shoes or clothing, and then find the most desirable brands because their resale value will be greater,” Colletti said.