Warning: This article will contain photos of various fears. If you have an intense reaction to images of some common fears, such as clowns and spiders, this article is not for you.

1. Thalassophobia: the fear of open water

I have had this fear for as long as I can remember. The thought of an endless mass of water where anything could be lurking below shakes me to the core. The deepest part of the ocean, challenger deep, is 32,600 feet deep. Then there is the Mariana Trench. 124 miles below sea level lives a great unknown — much like space, but in our atmosphere. This phobia has deterred me from going past my waist in the ocean for years. It also does not help that I am not the biggest fan of fish touching me.

2. Coulrophobia: the fear of clowns

This fear is a little harder to explain. I have had limited contact with clowns, but that might be due to an internalized need to avoid them. The killer clown scare of 2016 might be the root, but I can always remember never being drawn to the face-painted entertainers. Clowns are suspicious; their tiny cars and balloon animals will not trick me.

3. Trypophobia: the fear of irregular patterns or clusters of small holes

I cannot look at any porous object without feeling a flight response. Lotus seed pods are a prime example of a pattern that I cannot look at. While looking up the exact definition of this phobia, pictures of examples started to pop up, creating an intense urge to slam my laptop shut just so I would not have to look at the photos anymore. The sight of anything with no particular pattern or small holes causes me a deep discomfort; my jaw clenches, my muscles tense and my breath quickens. Unlike clowns and open water, this phobia is virtually unavoidable.

1. Ranidaphobia: the fear of frogs

There are some things about me I don’t quite have a solid explanation for, and one of those things is definitely my fear of frogs. It’s not so much merely walking past one of those little guys, but bending down to their level or worse — standing with someone who decides to pick one up. All I know is frogs love to leap towards people unannounced, and I do NOT want to be the chosen one.

2. Musophobia: the fear of mice or rats

I’m aware of most of my fears, but this one is brand new to me. Last spring, a little mouse decided to take shelter in my apartment for a few weeks, and that was one of the more terrifying experiences of my college career. Safe to say, I slept every night with my blankets wrapped tight around me like a cocoon and wore shoes all the time.

3. Trypophobia: the fear of irregular patterns or clusters of small holes

For so many years, I thought that I was the only person legitimately bothered by tiny holes and irregular patterns. We watched a video in elementary school of how tadpoles are born — they literally come out of small holes in their mother’s back — and that completely freaked me out. Then, last year, a friend told me about trypophobia, and I learned that I was very much not alone. I cannot explain it, but the sight of tiny holes with no form of pattern makes my skin positively crawl, and I need to look away. Tip: If you can relate to this, definitely do not Google “trypophobia.”

1. Coulrophobia: the fear of clowns

For as long as I can remember, I have been terrified of clowns. I don’t really know what started this fear of clowns, but I do not mess with them. I will not watch any movies with clowns in them (like “It” for example) because just seeing one on my TV screen can make me cry. This fear is also one of the reasons why I will not go to Six Flags’ Fright Fest with my sister. While I would love to go for the experience, the minute a clown — or better yet one of the killer clowns that run after you with a chainsaw — comes near me, I would not be able to handle the fear of it and would have to leave.

2. Arachnophobia: the fear of spiders

I absolutely hate spiders. I know I am a million times bigger than them and should have no reason to be afraid of them, but these little creatures know how to send me into a panic. Whenever I see a spider, I freak out. I start hyperventilating and crying. I cannot kill them or be too close to them. They are way faster than anticipated and to know that they have hundreds of eyes just staring back at me freaks me out.

3. Laridaphobia: the fear of seagulls

Unlike my other two fears, I actually know where this one stems from. When I was younger, I was on vacation with my family. My mom had taken me to a park near the place we were staying. We were leaving and as a young child, I was sitting in my stroller eating some Goldfish crackers when I made the mistake of throwing a single cracker to the single seagull that was in front of me. My advice? Don’t do that. That one seagull turned into an entire flock that started squawking and getting closer and closer to me because they wanted some Goldfish too. Even as my mom started to push the stroller away, they were running and flying after us. She threw some Goldfish to them, and we escaped. The trauma of being swarmed by seagulls at only three and a half is still etched into my memory to this day. 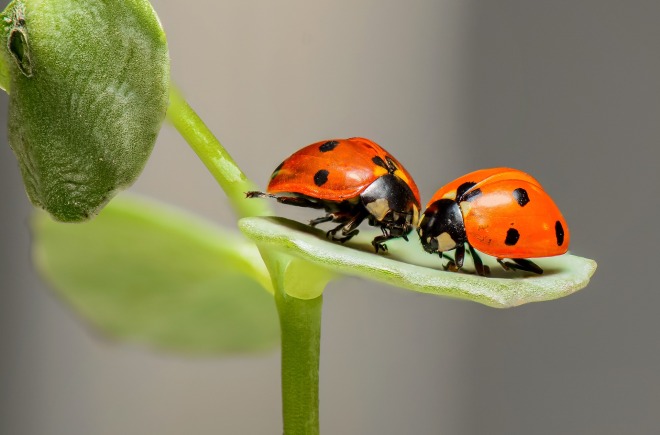 1. The fear of drowning

When I was younger, I believed that I had a fear of bridges. My evidence for this was that I absolutely, positively could not look out the car window while going over a bridge. One time I even vomited going over the Lake Champlain Bridge. This was odd to me, because how can one be afraid of a bridge? So I started to look at the connections. I’m not really afraid of heights, though I will admit that being incredibly high up in the air on top of a man-made structure is a bit unnerving. I think that’s actually my slight fear of falling. However, I am very afraid of drowning. (My first experience kayaking proved this. It’s probably not normal to shriek and hyperventilate while trying to maneuver a kayak in shallow water.) I’ve had dreams of family members going off a bridge. I’ve had dreams of people I don’t even know going off a bridge. What these bridges have in common is the water beneath them. I think this stems from being pushed underwater as I child. I won’t get into it, but it happened on a few occasions while I was still life jacket age. This fear is very upsetting for me, because it will probably keep me from ever going parasailing, which is something I’ve wanted to try for a long time. It makes no sense, I know.

2. Ichthyophobia: the fear of fish

Ugh. Here’s the part where I admit to the internet that I have this weird fear of fish. I don’t know if it’s somehow connected to the whole drowning this because, y’know, water, but fish are creepy and gross to me. I do not eat fish. I do not touch fish. I don’t even like to walk near the fresh seafood section at the supermarket. I have had fish as pets, but I wouldn’t clean their aquariums. My mom eventually got sick of cleaning the aquariums for me, so I was no longer allowed to have pet fish. I remember having a dream as a child in which I walked down an aisle of aquariums that were filled with dead fish. I don’t know what it is, but the thought of a dead fish gives me the heebie jeebies.

3. Coccinellidaephobia: the fear of ladybugs

You didn’t think my last (listed) fear would be completely rational fear, did you? How can I possibly explain this one? Simply put: I can’t. For some odd reason, I am terrified of ladybugs, yet have no problem picking up a spider. I’m the friend that is called to “kill a spider.” (I don’t kill them. I remove them from the room, and then I’m asked whether I’m crazy for allowing it to survive another day.) Ladybugs, on the other hand, are a product of Satan. I don’t like that they feel free to fly in your face. I don’t like that they stink. (Yes, they stink. Look it up.) If a ladybug lands on me, I either flick it away as quickly as I can, or I tense up while repeating “get it off me” until someone does so. If it’s not off me fast enough, the insistent repeating will become louder until someone realizes I’m not joking. Get this demon off me this instant.