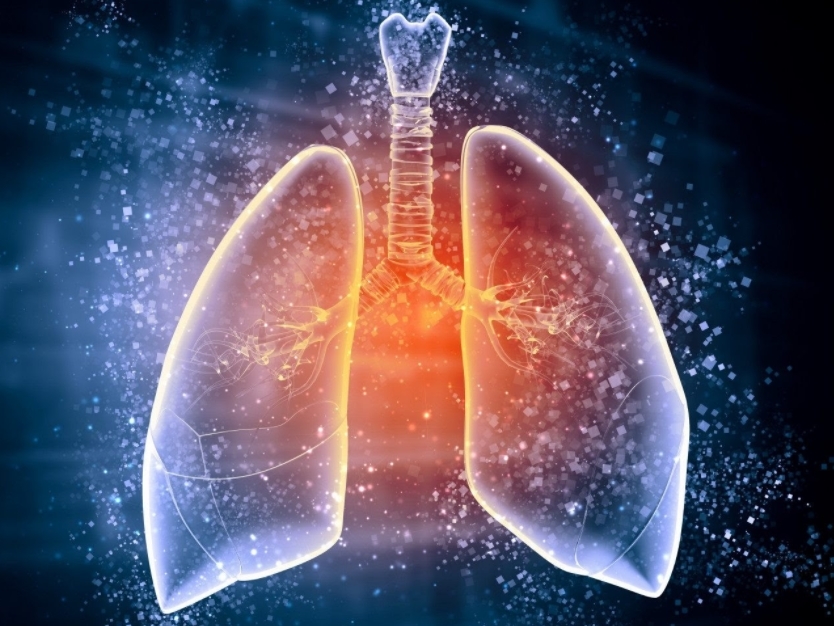 One thousand people are diagnosed with cystic fibrosis every year, and there are currently more than 30,000 people in the United States living with the disease. The Cystic Fibrosis Foundation describes it as “a progressive, genetic disease that causes persistent lung infections and limits the ability to breathe over time.” The severity of the disease causes a shorter life expectancy — as of today, the average lifespan of a person living with cystic fibrosis is 44 years.

Sharon Dingman is a 52-year-old woman who was diagnosed with cystic fibrosis at birth. When she was younger her doctors were unsure how long she would live, but at 52, working as a respiratory therapist, she continues to beat many of the odds.

Dingman also had a sister who was born with cystic fibrosis in 1967, but she died a couple of months later.

“When I was born, they tested me immediately,” Dingman said.

Dingman hasn’t let cystic fibrosis stop her from doing anything she aspired to do. She had a son despite the risks and uncertainties surrounding her pregnancy, and she also became a respiratory therapist despite the dangers of being around so many sick patients.

Last year, as COVID-19 made its way into Dingman’s hospital, she was told to take a couple of months off from work, but she ultimately got tired of being at home. Despite being high-risk because of her cystic fibrosis, she decided she wanted to go back and help her co-workers on the frontline. In her line of work, she has been involved with the majority of COVID patients at her hospital.

“I went back to work in May, and I was there for the second wave of COVID-19, which for our hospital was worse than the first wave. Some of my co-workers had me avoid COVID patients, others didn’t seem to think about it, but I didn’t shy away from them,” Dingman said. “I feel safer going to work than I do going to Walmart.”

Dingman has a 25-year-old son, and said that he is a carrier for cystic fibrosis. She mentioned that the disease is genetic and for it to be passed on to a child, both parents have to be carriers. Fortunately, her son does not have cystic fibrosis.

“I must have been one of the first people with CF to have a baby,” Dingman said. “My lung doctor did not want me to have a baby at all.”

A few years ago, Dingman had begun to see a steady decline in her health and was preparing for the worst. She was going to the hospital two or three times a year while staying for two weeks at a time, and a lung function test had revealed that she was only using 40% of her lungs.

But last November, Dingman started taking a new drug called “Trikafta” that has significantly improved her symptoms and health. Her lung function test now revealed that she was using 60% of her lungs, a clear sign that her health was improving. This revelation came as a shock to her as she believed time was running out.

“The day before I started taking Trikafta, I was thinking I was going to have to go on disability, and I was really thinking how much time do I have left?” Dingman said. “I was starting to get really sick, but now I’m wondering what do I do now?”

Dingman believes that this new drug will continue to help more cystic fibrosis patients and even give them a more positive outlook for their future.

“I just watched a lecture the other day, and right now, the life expectancy statistics that didn’t include Trikafta were about 45, but with Trikafta, they’re expecting the life expectancy to increase to around 70 years old,” Dingman said. “That’s like a whole lifetime.”