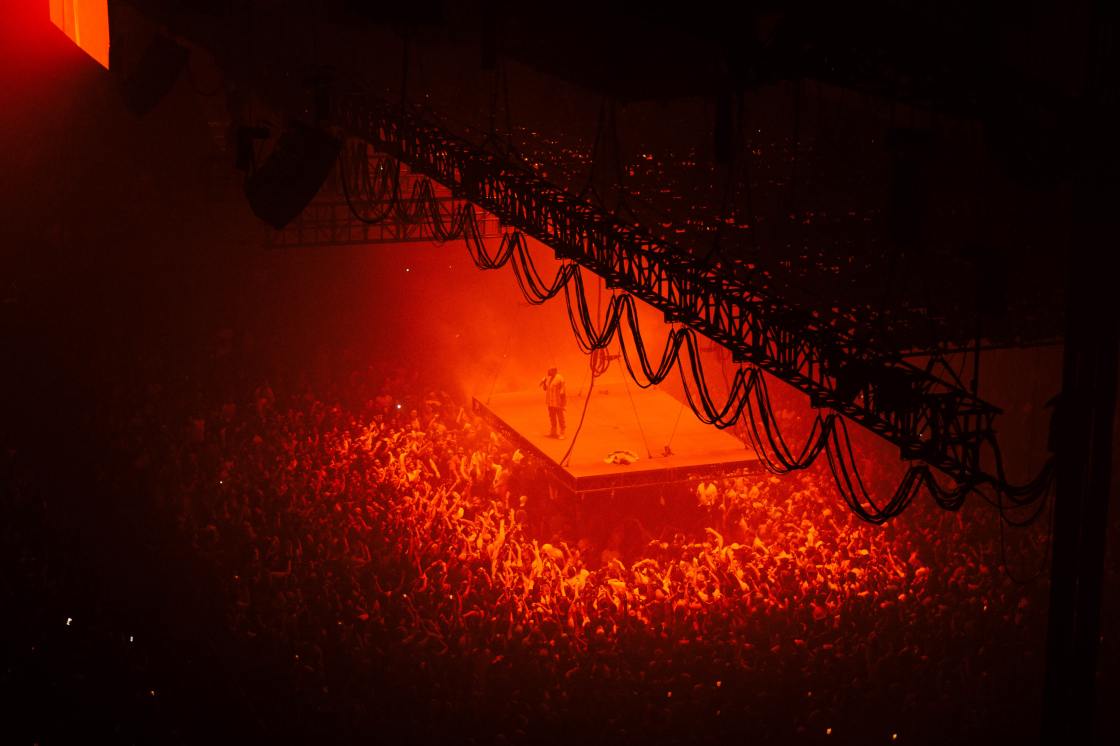 A Review of Donda

The third and final listening party was held on August 27th in Chicago. West had his childhood home rebuilt in Soldier Field which the Chicago Bears play their home games at. There were many memorable moments in this event such asWest setting himself on fire and his recently divorced wife Kim Kardashian being in a wedding dress.

The album has contributions from a slew of notable artists, including Jay-Z, Kid Cudi, The Weeknd, Lil Baby, Playboi Carti, Fivio Foreign, Roddy Rich, and Travis Scott. Two features drew a lot of controversy: Dababy and Marilyn Manson. Dababy made headlines for his homophobic comments at the Rolling Loud Festival. He associated AIDS with being gay, saying that his gay fans do not have AIDS because they “take care of themselves.” Manson is facing multiple allegations of sexual abuse in which the HuffPost goes in detail about if your want to learn more. Rightfully, this confused people on how West could include people who have a history of abuse of women on an album that is dedicated to his mother. However, this is a music review so let’s get to the album.

Donda is a very long album, with 27 songs. This is a sharp contrast to his previous two albums Ye and Jesus is King, which both were under 30 minutes.  West continues to make his relationship with God a central theme in his music with Donda, even censoring the album for some bizarre reason. This leads to the worst moment on this album with the song “Tell The Vision,” featuring the late Pop Smoke. The song is basically an instrumental and does not fit the concept of this album. Although in most cases, the censoring does not get in the way of this album.

The first part of Donda is the most high energy part of the project. Starting off with the song “Jail,” in which West talks about God posting his bail, along with being a single man following his highly publicized divorce with Kim Kardashian, with a verse from Jay-Z. One line that stood out to me in this song is Jay-Z saying, “told him stop all that red cap we going home,” referencing Wests’s support of Donald Trump.

West seems much more focused on Donda than on Ye and Jesus is King. Songs such as“Off The Grid,” “Jesus Lord,” “Believe What I Say,” “Hurricane” and “Pure Souls” feature some of West’s best rapping in recent years. Despite the many features on this album, I feel like they all contribute to the album and do not feel out of place. In turn, this motivates West to prove that he can rap without sounding outdated on his own album. One artist that stood out on multiple songs throughout Donda is Vory. Vory appears on “I Know God Breathed On This,” “Jonah,” and “No Child Left Behind.”

Fivio Foreign was a personal standout feature on “Off The Grid.” “Hurricane,” features a chorus from The Weeknd along with a verse from Lil Baby. The song “Moon,” features Don Toliver and Kid Cudi, in which Toliver elevates the song by singing about going to the moon. Jay Electronica is another standout feature on the song “Jesus Lord,” which has an emotional verse from West about the death of his mother, saying she was the “life of the party” and how that was lost when she passed away. The song also features a speech from Larry Hoover Jr about how he has been impacted by his father being in jail and the way society judges the families of people in prison for something that was out of their control.

This album showcases West’s improvement in his singing throughout his career. This is demonstrated in songs such as  “Come To Life,” a personal favorite of mine and one of the most emotional songs in West’s career. The song touches on his relationship with his incarcerated uncle, dying alone, and how he feels he is treated by the public. He comments on buying Nikes for his daughter North despite his partnership with Adidas, putting his children above his personal feelings about the brand. Another song that showcases the singing improvement of West is “24,” which features background vocals from his Sunday Service Choir. Overall, this album is West’s best album since The Life of Pablo in 2016. Donda showcases West’s creation of a new sound in the hip hop genre by creating a unique blend of Gospel and Secular music. Getting Playboi Carti on an album about God is something that I did not think would ever happen, but West was able to pull it off. The production is the best I have heard so far this year. West’s ear for beats is still just as good as it was when he was a little-known producer from the southside of Chicago.