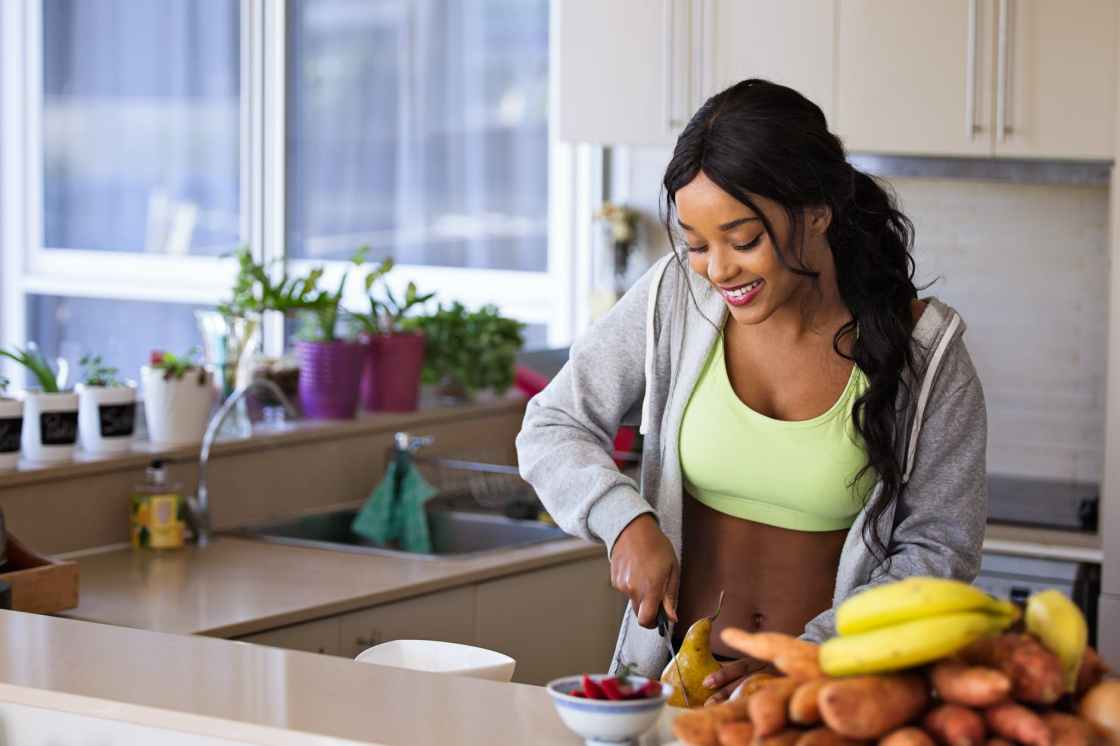 How to Start Your Journey Toward Eating Healthier

Health and Fitness by nickiehayesOctober 20, 2021

Who would think to start one’s journey toward eating healthier, that they may actually have to start eating more foods for pleasure and indulge, instead of what is considered healthy.

Setting nutritional goals does not usually go along with enjoyment to most. That does not have to be the case. Photo by Pablo Merchán Montes on Unsplash.

Maia Penchansky is a private practice registered dietitian specializing in the treatment of eating disorders and disordered eating. She said, “Often the diet and nutrition [culture] world ignore the idea of food for pleasure, food for community and connection.”

Rebecca Fallihee is a Clinical Nutritionist who aids in preventative, holistic care. From Fallihee’s perspective, changing eating habits can be a significant challenge for most. However, she explained there are ways to make this process easier.

Penchansky believes it is principal to unlearn nutritional pseudoscience ingrained into society and start by taking a look inwards toward oneself to start the process of integrating healthier nutritional habits.

Understanding the reason behind why one wants to improve their nutritional habits is the first step. Photo by Emily Morter on Unsplash.

Fallihee said there are models of stages of behavior that look into one’s readiness for change, and these may be the first step to conquering one’s unhealthy nutritional habits. She also said if one is not ready for change it will not occur.

Although, if the individual has made a start at thinking about change, whether it is through research or watching videos, creating or changing habits can happen, Fallihee said.

Penchansky said when nutritional habits align with one’s values and preferences, it is easier to have a greater understanding of how to support oneself physically and mentally through their nutrition.

Focusing on the little things will help focus on habitual development. Fallihee said, choosing one small thing to change and working on it until it becomes a part of one’s life, is the most likely way to make a sustainable dietary change. As well, she said this process could take up to a year, and that it is not attractive to most people, but this is the healthiest way to go about habitual change, in regards to one’s nutrition. 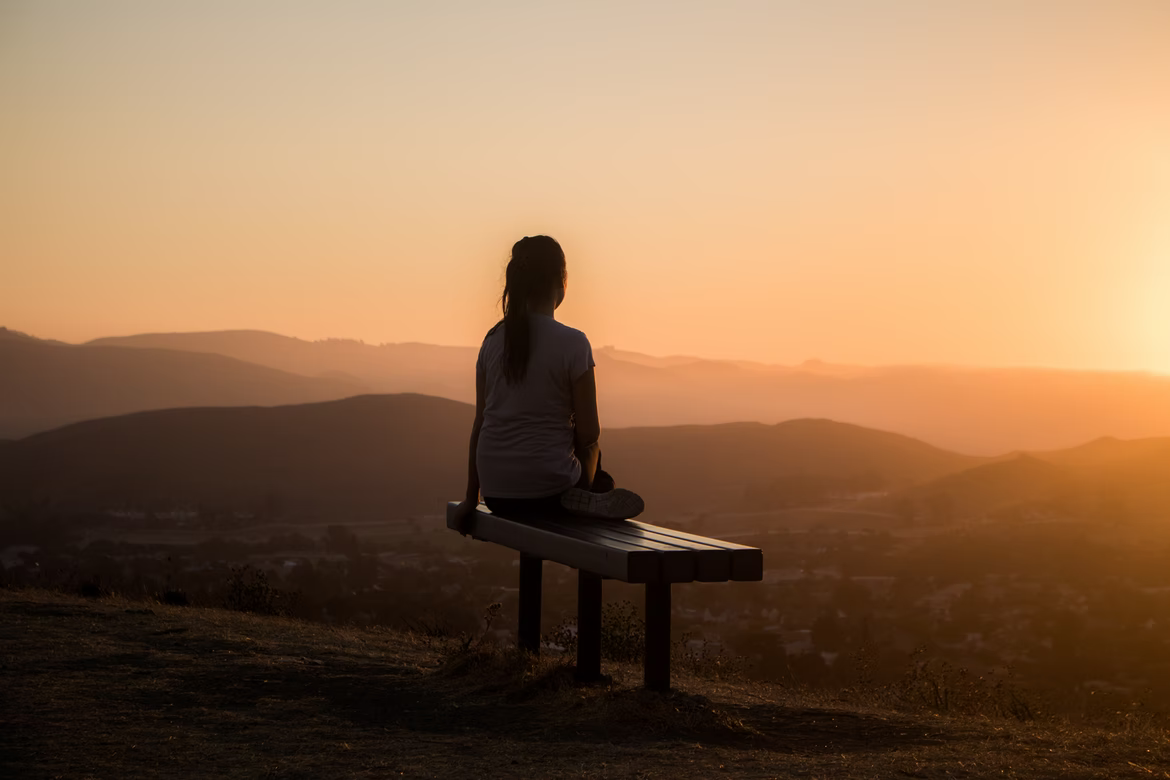 Learning more about yourself can be difficult, but could be worth the hassle. Photo by

“This is way easier said than done, especially when in college,” Fallihee said. She said it is best to know what is true for oneself, versus what the media may be saying one should be doing. Fallihee believes the best starting point to nutritional change is to listen to what your body is telling you, understand what health means to you, and know what your health goals are.

Penchansky also feels the individual needs to understand themselves more to change food habits and there is no “one size fits all” approach. She said this can be done through building one’s introspective awareness. It is difficult to create change when one is telling themselves they must or have to do something, she said.

“In other words, learning to tune into your body, your emotions, and your thoughts is an important starting place when trying to make lasting change,” she said.

“I think it would be most helpful to not even think about nutrients,” Fallihee said.

She said when she was getting into the health industry, there was a hyper focus on non-fat and no sugar foods.

Fallihee said it is important to look at food and ask oneself if this food looks like it either came from the ground or an animal. These are considered whole foods, and they are foods that are natural and unprocessed.

Although she said there should be less of an importance on focusing on specific nutrients, one nutrient she said everyone can do with more of is fiber, and that will come from eating more whole foods. For example, fiber can come from whole grains, vegetables, beans, and legumes.

Similarly, Penchansky said, “Practice challenging diet culture and the food rules you have learned throughout your life.”

She believes eating the foods you want to eat, and not stopping yourself from eating certain foods is a practice to add to one’s daily life to improve their relationship with food. Along with this, she said, practicing eating enough food during the day and not stopping oneself from eating “too much” will also improve one’s relationship with food and overall nutrition.

Additionally, Penchansky said that no one nutrient will be a cure for all, and that nutritional needs are unique to the individual. However, she said some nutrients are commonly deficient for the general population, and understanding if you have one of these deficiencies is an appropriate place to start looking into one’s nutritional needs.

Everyone is always told as a child to eat more of their greens, but that may still apply to adult life. Photo by Markus Winkler on Unsplash.

“A lot of people, even on the healthiest diets, when you break it down, we could probably all use a little more,” Fallihee said. She said in particular, the leafy green vegetables, also the most non glamorous vegetables, are the one’s everyone needs more of, generally speaking. She also said factoring in one’s financial situation and time management is another key reason why people are not getting enough of maybe the most principal food group.

The lifestyle and the environment one is in will impact food habits, Fallihee said. She said stress and worries are factors that affect almost all people and their eating habits. Changing the manner in which one eats may improve nutritional habits, and limit the amount of stress that could go along with it. For example, Fallihee said preparing and eating slowly in a quiet place, with no screens and no other distractions creates an environment where one is fully attentive to the food they are making and eating.

In other words, this is known as mindful eating. According to healthline, only doing this one task allows the individual to listen to their body, and truly know when they are satiated. It may also help to distinguish between emotional and physical hunger. Fallihee said, “It’s probably the most difficult habit, in our day and age, to acquire.” However, she said, this habit could immensely benefit those who can do it.

Penchansky also believes removing as much stress from one’s food experience as possible will help to improve habitual nutrition. For example, she said that most people already deal with a lot of stress over choosing the foods they consume, and that anxiety will just get in the way of one’s food goals.

“If you find ways to create patterns and habits that also build on joy and what you like about food, they will be much more sustainable,” she said.

Generally speaking, it might be best to have a more relaxed approach toward your diet. Photo by

Fallihee believes how one feels on the inside is often a compelling way to make new food habits. Eating healthier foods will usually go along with feeling better, and that feeling may be able to help continue the process of creating more healthy nutritional habits.

“I had an eating disorder when I was in college,” she said, “that over-focus on healthy foods actually became a problem.”

Fallihee said she feels much better internally and externally now that she does not center her attention on making sure every aspect of her meal is nutritious. Within that, she had made a change to look at her integrative health instead. For example, how her emotional health, mental health, and social health affect her eating habits.

Fallihee said, “If you can reach that realization, then any sort of habit changes will become a little more graceful and a little more peaceful. You can have days where you are eating birthday cake or donuts, and not feel bad about it.”

“I have never had a cheat day,” she said, “it’s just supposed to be a little more relaxed, I guess.”

Fallihee believes that allowing oneself to enjoy experiences and the food that may come along with it will help one to have a healthier relationship with food.

“At some point, I started to realize I know where food comes from, I know what production of food looks like, and I want to feel more connected to that in how I eat,” Fallihee said.

She said when she started to be more curious about who the farmers were that grew this food, and whether or not the food was grown locally helped her recuperate from her eating disorder.

Penchansky concurs with the idea that how one feels on the inside will have an effect on food habits.

She said, “Our relationships with food and our bodies absolutely impact our ability to nourish ourselves.”

She specifically pointed out that it is not just about one’s physical health, but one’s mental health, as well. Quality of life integrates both of these factors, she said.

From Penchansky’s experience, “Absolutely giving up diet culture and the pursuit of weight loss drastically changed my wellbeing,” she said.

She said turning away from the idea that being thin meant being healthy was one of the most freeing experiences of her life.

“I think one of the biggest things to avoid is the all or nothing mentality,” Fallihee said.

She said there is no point in trying to be perfect when setting nutritional goals or habits because it just will not happen. However, if one can accept that, they will have a much easier time trying to reach their target.

Penchansky said it is best to avoid, “Fad diets, quick “fixes”, [and] the “wellness diet.”

She feels avoiding diet culture, focusing on oneself, and avoiding diet limitations or restrictions on food is a great way to begin creating better nutritional habits.

Cooking might not be everyone’s favorite thing to do, however, it is worth it. Photo by

Fallihee believes one of the best healthy nutritional habits to add to one’s daily routine is to cook more. She said that it is best to take this at one’s own pace. If someone eats out all of the time, then that might mean taking a look into making foods that are easy to prepare or maybe half prepared for you. If someone is already cooking at home on a regular basis, they could try to be more adventurous, like trying new recipes or becoming more curious about the foods one is eating. She said if someone wants to go to the next step, then adding more spices, herbs and vegetables may be a positive way to further explore.

“From every single study, you will see that if you’re cooking, versus eating out, your health is going to be better,” Fallihee said.

Penchansky concluded by saying “Start by informing yourself of the lies sold to you by the diet industry.”

As well, she said if one needs help, to contact a dietitian or therapist that is well versed in Health at Every Size approach, practices from an “all foods fit” perspective and weight inclusive perspective.

With all that said, getting to know oneself a little better, and understanding the environment one is in may be a large factor in starting the journey to eating healthier. Creating healthy nutritional habits is not easy, but finding your own unique way of going about it could be the best way to produce lasting change.