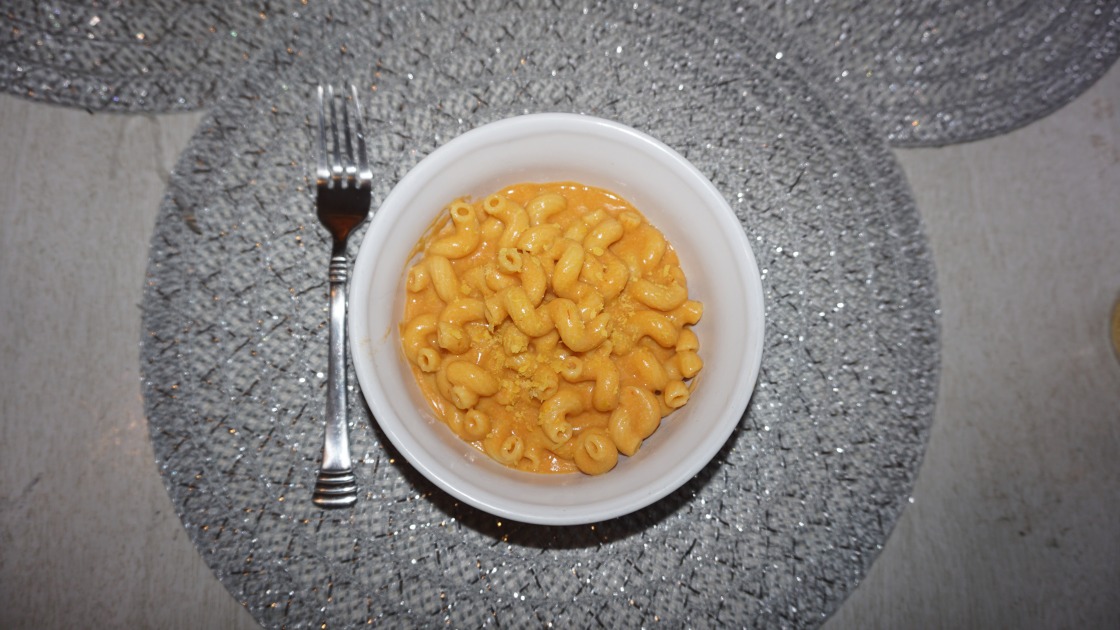 Mac and cheese is classic comfort food, but what happens if you are vegan? People who don’t eat dairy can claim some of that same comfort. The creaminess of the cheese and pasta put together are a match made in heaven.  There are many reasons why individuals cut cheese out of their diets. Some may be vegan and do not consume animal bi-products whatsoever, or maybe they are lactose intolerant. There are many variations of vegan mac and cheese floating around the internet. The recipe being tested out today is taken from Kristie or @decadent.vegan on Instagram, a vegan from Toronto who has mastered making traditional non-vegan foods plant based.

With all of Kristie’s mac and cheese recipes, she recommends adding in a vegan cream cheese for a creamier sauce. “I usually use ¼-½ a container, tofutti is my go to brand, the sauce will taste amazing with or without cream cheese.” 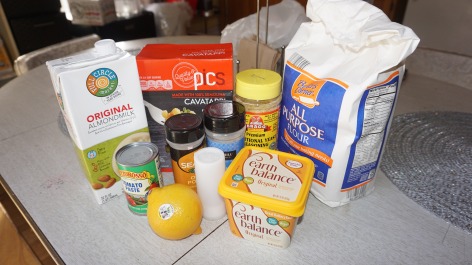 The ingredients needed for the mac and cheese. Photo taken by Sophia DeVito.

For those who are unaware of nutritional yeast, it is a yeast grown to specifically be used as a food product. Many vegans add it to their food because it adds a cheese-like flavor, but also because it is high in B-12, which is essential for healthy bodies. It is the vitamin that helps keep the body’s nerve and blood cells healthy.

Kristie’s instructions are pretty straight forward. First, boil the macaroni according to package. Form a roux by melting butter over a low heat. Once the butter is fully melted slowly add in the flour while whisking. This will form (if done correctly) a smooth paste. Once the roux is made and all the raw flour has been cooked down, slowly add in the non-dairy milk and continue to whisk over medium-high heat. Do not add more flour if the mixture doesn’t thicken immediately. Just continue to whisk until it forms a sauce. Once it has a cheese sauce consistency, add in the rest of the ingredients until fully combined. When it’s finished, pour the sauce over the pasta and enjoy!

The cheesy and saucy mac. Gif made by Sophia DeVito.

Maddie Egan, a vegan college student and Ashley Velardi, a non-vegan, put this recipe to the test. The recipe took less than 20 minutes to make and the instructions were easy to follow. If made again, I would most likely add an extra cup of pasta for a less saucy dish.

“I really enjoy this. To me, it really tastes like mac and cheese,” Egan said.

Velardi had a different view on the dish.

Overall, the sauce was good, but it wasn’t exactly cheesy. It tasted more like a marinara sauce because of the tomato paste. “I think it is probably a good mac and cheese alternative for people who don’t eat dairy, but because I do, I can taste the difference,” Velardi added. 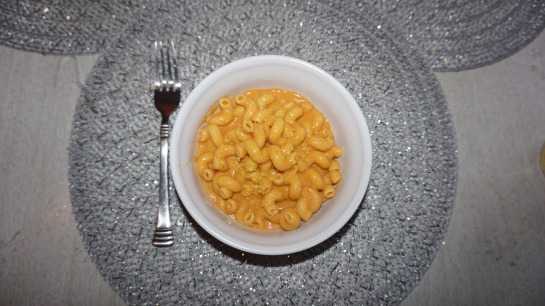 The finished product, sprinkled with a little bit of nutritional yeast. Photo taken by Sophia DeVito.

Test out this recipe and let APN know how it was in the comments below!