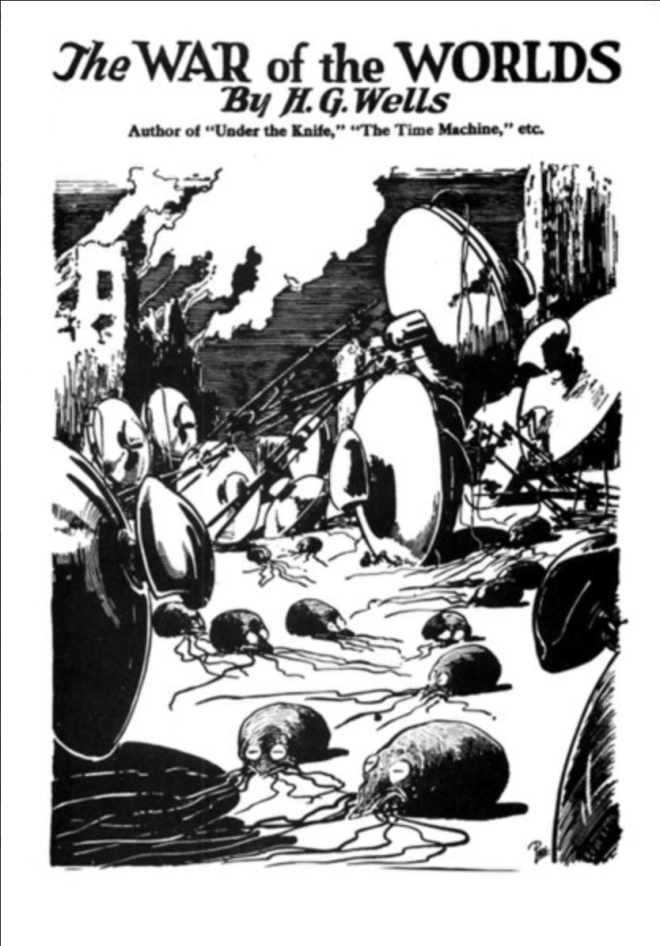 5 Novels Every Sci-Fi Fan Should Read

Years ago science fiction was looked down upon and often viewed as “kid’s stuff.” Today, science fiction is a mainstream genre. From shows like Black Mirror to the revival of the Star Wars movies, sci-fi is everywhere. Here are five novels every sci-fi fan should read.

The original black-and-white cover of “The War of the Worlds.”

“The War of the Worlds” was written in 1897 by English writer, H.G. Wells. The novel is written as a factual account of martians invading London in the 19th century. The story serves as a commentary on British imperialism, as well as Victorian fears and prejudices. Wells worked as a journalist early in his career, writing short humorous pieces for evening newspapers. Much of the writing style in “The War of the Worlds” is sharp and compressed. 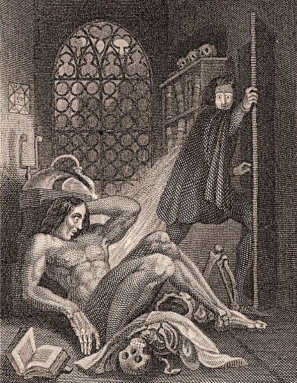 An illustration from the frontispiece of the 1831 edition of “Frankenstein.”

“Frankenstein” may not be thought of as a science fiction novel. The novel has been made into movie adaptations dozens of times, usually reflecting the gothic and horror elements present in the book. However, Frankenstein’s monster was brought back to life by electricity. Throughout the book, the monster learns and evolves. This provided the seed for future books and media discussing androids or robots. The book includes science gone terribly wrong and other tropes found in several other stories within the genre.

3. “The Illustrated Man” by Ray Bradbury

A dust-jacket from the first edition of “The Illustrated Man.”

“The Illustrated Man” was published in 1951 and is a collection of 18 stories. The stories are all tied together by a man with extensive tattoos who once worked at a carnival freak show. Each tattoo is animated and tells a different story. Each story is different and thrilling. Included in some of the tales are dangerous technology, robots and astronauts traveling to Mars. Bradbury is a poetic writer and manages to flesh out his characters in each story within a few pages.

4. “I Am Legend” by Richard Matheson

The first edition cover of “I Am Legend.”

When one hears “I Am Legend,” they probably think of the Will Smith movie. It was originally a novel published in 1954 by writer Richard Matheson. The book is about the sole survivor of a pandemic who lives in Los Angeles fighting off vampire creatures who inhabit the city. Like “Frankenstein,” the book includes darker elements and can be viewed as a horror novel as well. However, Matheson helped pioneer the modern apocalyptic tale and inspired several zombie movies including “Night of the Living Dead.”

5. “Do Androids Dream of Electric Sheep?” by Philip K. Dick

Philip K. Dick’s 1968 novel, “Do Androids Dream of Electric Sheep?” was the basis for the science-fiction film “Blade Runner.” The book is set in a post-apocalyptic San Francisco during the aftermath of a nuclear war, where bounty hunter Rick Deckard has to find and kill six androids who have escaped. The story is philosophical and deals with the theme of humanity; what does it mean to be human? Does an Android qualify as human? Watching “Blade Runner” won’t be enough to answer these questions!