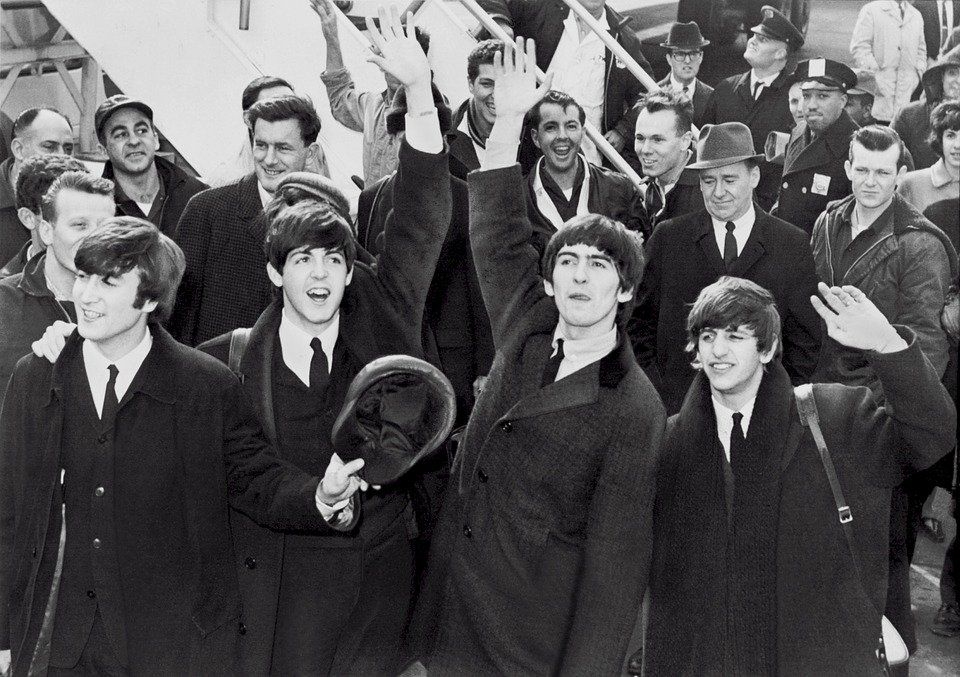 Everyone knows songs like “Let it Be,” “Come Together,” and “I Want to Hold Your Hand” by one of the most iconic bands in history: The Beatles. Their music inspires all generations and continues to gather millions of new listeners and fans.  The rock ‘n’ roll legends have written hundreds of songs, many of which people know and recognize as The Beatles. However, more songs exist in the Fab Four’s catalog than what many casual listeners recognize.

Vinyl collector and YouTuber Mark Pankratz is a die-hard Beatles and music fan. He runs a YouTube channel where he exhibits his many vinyl records, his memorabilia, and even does some album reviews. Recently, I spoke with him about some of the Beatles deep cuts and his general thoughts on the masterpieces that lie far within the Beatles albums.

The B-side to the number one hit “Lady Madonna,” “The Inner Light” is one of George Harrison’s Indian inspired songs in the Beatles catalog. Pankratz explains that during this time Harrison was studying the sitar, an Indian instrument, with musician and sitar master Ravi Shankar. This allowed Harrison to expand his songwriting and composing abilities to include musical aspects from other cultures rather than classic rock ‘n’ roll.

“Not everyone is a fan of this style of music,” Pankratz said, “but the way George is able to combine the Indian instrumentation along with a modern pop style vocal is really done well.”

Also, Harrison is the only Beatle recorded on this track, besides a line of harmonies from John Lennon and Paul McCartney at the end. Harrison wrote three songs that were inspired by his love of Indian music, the other two being “Love You To” from “Revolver” and “Within You Without You” from “Sgt. Pepper’s Lonely Hearts Club Band.” Those two songs are also some lesser-known tracks along with “The Inner Light” that casual Beatles fans should check out to get a better feel of the true capacity of the Beatles’ music.

Although a number one hit, this track, like the others on this list, was never included on an album until the post-breakup release “Past Masters,” which included many of the bands singles and B-sides, as well as other rarities. This, according to Pankratz, was one of the Beatles earliest “rocking” tracks. He dissects almost every aspect of the song, which was one of the first McCartney wrote that did not deal with the subject of love.

Pankratz compliments the lead guitar distortion, which was new for the band, and McCartney’s melodic bass line. “One other interesting bit is the use of the line “Frere Jacques” in the background vocals, which adds another unique touch to the song.” Very quietly, in a high tone, you can hear John and George sing this French children’s tune.

The Beatles expert also suggests checking out the mono version of this track, stating that it “added a bit of flanging, or phasing, to the vocals which gives it a little more of a trippy sound.”

This track was the B-side to their single “Get Back,” and John Lennon wrote it as a heartfelt tribute to his love, Yoko Ono. It was recorded during the band’s “Let It Be” sessions, where they wrote and recorded the album of the same name. However, this song was not included on the album, whereas “Get Back” was.

“I’m not sure why it wasn’t included on “Let It Be” because for me it is a real stand-out song from that time.” Pankratz said. He again admires McCartney’s melodic basslines, where he said: “It helps to carry the song and make it a lot more interesting in my opinion.”

Although this is considered a popular song within the Beatles fanbase that many casual listeners or classic rock fans may know, since it was performed at the Beatles’ final live performance in Jan. 1969, it is still not nearly as popular as it deserves to be.

Possibly the most random Beatles song in their catalog, this track was the B-side to the hit single “Let It Be,” which ended up being their last single as well. The song has no meaning, and just one basic line: “You know my name, look up the number.” While the beginning starts out seeming like a normal song, it quickly turns to the member’s ad-libbing random sentences, even the Rolling Stones’ Brian Jones makes an appearance on saxophone during the song. Lennon thought of the idea for the track after seeing a phone book with the phrase on its cover.

“This is probably the first that comes to mind when I think of the Beatles deep cuts,” Pankratz said. “It’s a very bizarre track and an interesting way to end their recording output together as a group.”

If you want a deep look into the personalities of the Beatles, and you’ve only ever heard the most popular tracks, this song is definitely one to listen to and appreciate the fact that the world’s biggest group never took themselves too seriously.

“It feels like being in a club and listening to different lounge singers perform in different styles and it’s just overall goofy and fun to listen to.” Pankratz said.

It’s worthwhile for any music lover to delve deeper into the masterpieces that The Beatles created over only 10 years. Pankratz and other superfans continue to show a deep appreciation for all Beatles songs whether he likes them or not and whether they’re his style or not. If you’d like to learn more about The Beatles or music in general, definitely check out Mark’s channel at: https://www.youtube.com/user/ReverbReviews. And if you’d like to check out some more Beatles rarities, listen to “Two of Us”, “I’ll Follow The Sun”, “Yer Blues”, “Old Brown Shoe”, and “Hey Bulldog,” to name just a few.