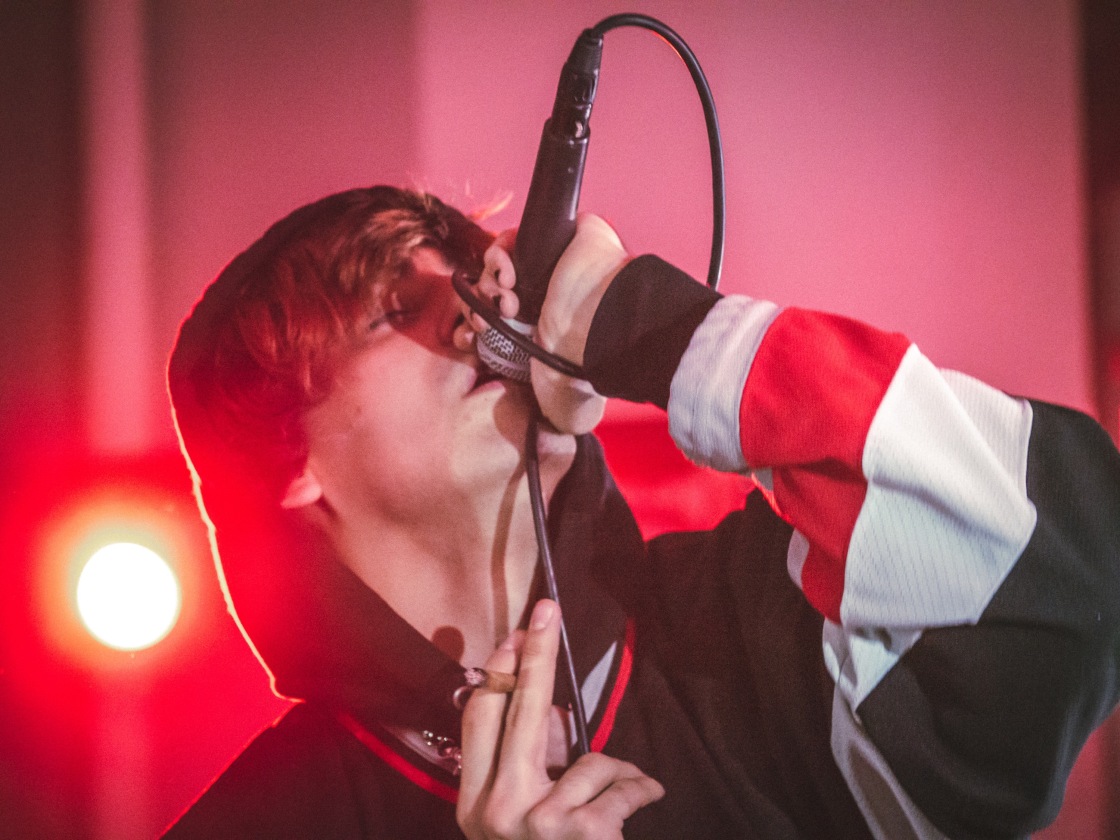 Fierce and competitive; the New York City music scene is always bustling with creative talent, high energy and artists who are determined to make it to the top. For Brendan Tytel, 19, better known in the NYC music scene as beetyl, it’s all about working hard and having a strong passion for the music on his way up to the top.

Growing up in a household where music was always playing, Tytel was largely inspired by listening to bands like the Foo Fighters, Blink 182, Green Day, as well as older rock and ‘90s music. As he got older, he eventually added some emo bands of the 2000s like My Chemical Romance and Asking Alexandria into the mix and eventually rapper Lil Peep too. It is this variety in genres that have helped inspire Tytel to do what he does.

Unlike most who are trying to break into the new wave emo/modern emo genre where artists are trying to mix the sounds of early 2000s bands with modern hip-hop, Tytel is different. He is adamant about not replicating things that have already been done and making the music 100% his own.

“There’s a few people who I think are doing this and I’m really inspired by that wave, but I’m not trying to replicate anything,” Tytel said.

Music is everything to Tytel. He is currently a full-time student at Borough of Manhattan Community College with a focus on music studies and plans to carry that education to SUNY Purchase to study studio production. When Tytel is not in class he is working hard to help fund his dreams. His hard work ethic is driven by his passion and love for being a musician.

“I’ve done so many jobs to fund this, from retail to the food industry to tourism stuff in central park,” Tytel said. “And everything made me realize that I could never do any of that. The only route for me would be something within music.”

Along with working hard, Tytel says another reason music is important to him is that it gives him purpose.

“It’s everything,” Tytel said. “I think I love it so much because it’s the only thing I could see myself doing and it’s the only sense of purpose I’ve found.”

It’s this purpose that pushes Tytel to be his best both in the studio and on stage. In the studio, his writing process always starts off with the music, slowly building upon it until he has the track he wants. Then come the lyrics. On stage, he brings the energy with a live band there is a whole new layer that is added to his music.

One of his favorite tour memories is when he went on tour in Canada with singer Nick Prosper. While on this tour, Tytel was able to play his own set. He got appreciation from the fans there and the redeeming feeling of “I can do this.”

His latest EP, “In Regard to That Empty Feeling,” was released Feb. 14. While this EP was received surprisingly well, Tytel was nervous to put it out. Straying from his usual mostly hip-hop based songs, this EP consisted of mainly full-band songs with only one hip-hop style song. While this EP was very different from what he is used to putting out, it has given him the opportunity to experiment with his sound and release versatile music.

“I think now I have two lanes with this,” Tytel said. “I can either drop an alternative rock song or a hip hop song and it will be equally expected. I think it just opened up the versatility in my sound to the people who listen to me.”

With this versatility, Tytel hopes that, no matter what style of music he releases, his fans can find a sense of peace listening to it. He wants fans to be able to feel that they aren’t alone and have the relatability of feeling down to grab on to.

“I just want somebody listening to it to be like ‘Yeah, I get it.’ and then feel a little better, maybe a little less alone, whatever the person’s process of digesting it is, as long as it resonates with them on some level. I just want people to have something to relate to.”

For his fans, Tytel wants them to know that they can expect a more dedicated version of what already exists in the future. There will be more content, like music videos, more merch and a more wholesome experience with someone they can turn to. Taking pride in answering every DM that gets sent to him, seeing fan art, and getting to connect with his fans, he wants his fans to know that they can talk to him.

After overcoming some struggles this past year, Tytel believes that it is possible for people to turn their lives around. He is using this drive to set his goals. Within the next five years, Tytel aims to have 500,000 monthly listeners on Spotify, to be able to tour California and Russia, to continue to put out music consistently, and to have a song he releases reach 1 million plays.

To connect with him and to keep up with his music follow beetyl on Instagram, listen to his music on Spotify, or send him an email at Beetylmgmt@gmail.com and be sure to check out his latest single “The Simple Things” out now.

For Tytel this is just the beginning on his climb to the top.

“I just want to be in everyone’s city this year and I want to meet everybody. If you listen to me in any one of the 50 states expect me to be there or close by in one way or another.  It’s gonna happen, I will be there and I will make sure that I get heard this year and I get to meet the people who have been showing me support.”