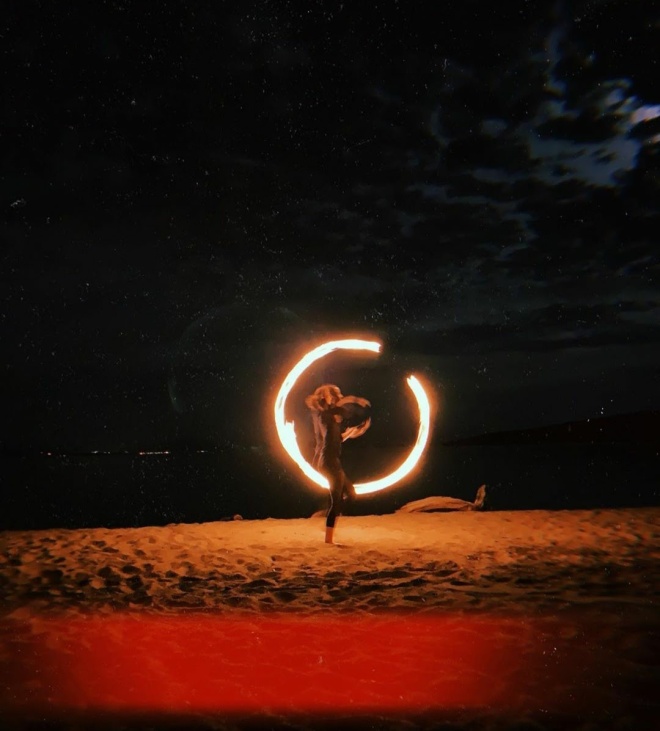 Flow – the positive mental state of being completely absorbed, focused and involved in your activities at a certain point in time, as well as deriving enjoyment from being engaged in that activity, as described by positivepsychology.com

To some, movement truly is the purest form of self expression. Whether it be through dancing, hula hooping, fire manipulation or poi, these actions are all part of something magical; flow arts.

Flow arts date all the way back to the 13th century and are practiced in many mesmerizing forms throughout the world. You can find flow anywhere. It’s commonly seen at festivals, on college campuses and within the street performing scene.

“Finding your flow is like finding inner peace,” says flow artist Tyler Beauchemin. He entered the world of flow by joining the Plattsburgh Hoop Troop at his alma mater, SUNY Plattsburgh.

Beauchemin joined the club roughly five years ago to hula hoop, but also dabbled in using fans, contact staffs as well as poi. Poi is a performance art that involves one’s center of gravity to swing two cords connected to weights in various motions. Beauchemin enjoys the chill, non-competitive environment and gives credit to flow for helping him grow as a person. Over the years, he’s engaged in hours of dedication and practice and has managed to learn eight difficult hula hooping tricks.“I worked hard, that’s for sure.”

Hailey Christiansen is another artist in the flow community. “I was 11 years old and the only type of class my family and I could find at the time was poi, so that’s what I went for.” She began practicing with long socks tied off and filled with dry rice in the bottom. Over the years, she has also worked with hula hooping. Christiansen’s incredibly thrilled by the inclusion of fire in flow and enjoys using it with her poi and hula hoop from time to time. “Poi’s great and all with the regular pods, but fire makes it exhilarating. I love it.”