5 Romance Novels for the Romantics

Sometimes it’s hard to keep up with all the new books that are hitting the shelves. Skimming the rows in a bookstore can also get stressful when you just want to have a cozy Sunday spent reading.

Romance novels are filled with imagination and can be a good way to envision a life with a partner. Whether looking for something to get lost in for hours or maybe just something to escape from reality, here’s a list that has you covered. Below are five romance novels that every romantic should be reading. So grab a cup a tea, find a spot and sink into one of these romantic books that will have you wanting more.

The synopsis won’t contain any spoilers, pick up the book to find out what happens next. 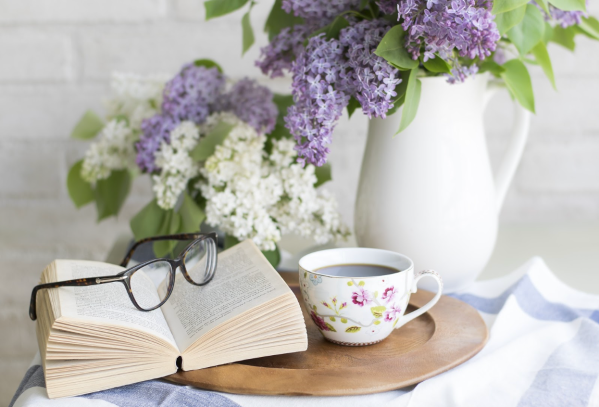 Sarah Erno is a senior in college who spends her free time reading.

“It might sound nerdy, but it’s something that relaxes me,” Erno said.  “Something I look for in most of the books I read is being able to relate them to me. Reading about girls in college is nice because I am sometimes able to put myself in the main characters shoes”

“After” is a series about a young girl, Tessa who moves into a dorm as a freshman in college. Tessa and her roommate attend a party where she meets Hardin. Hardin is a cocky British bad-boy. He instantly catches her attention despite the fact that he is wrong for her in so many ways. One good reason for Tessa to stay away: She has a boyfriend back home. Tessa has everything she could want with her boyfriend, so why is rude Hardin making her question everything

Hannah Wells has found a boy that she is insanely attracted too. The only problem is she’s lacking in the confidence department. She takes the opportunity to tutor the captain of her college’s hockey team in exchange for him to make her dream man jealous, in hopes he will approach her first. Garrett Graham has his eyes on one thing: hockey. He plans to play professionally after he graduates, but his grades aren’t agreeing with that dream. Once Garrett meets Hannah, he realizes maybe the man she needs is right in front of her.

“I could relate to this book so much because my boyfriend is a college athlete. I love reading books where I can envision myself,” Erno said.

All Avery Morgensten wants to do is forget what happened five years ago at a Halloween party. She traveled thousands of miles from her hometown to get away from it and start fresh at college. When she meets the tall dreamy boy, Cameron Hamilton, her plans of being invisible seem impossible. Cameron is completely irresistible for Avery, even though she knows it’s not a good idea. When Avery starts to receive threatening phone calls about the night she doesn’t want to acknowledge, she is forced to relive it. Can Cam be the one to help her through the pain again?

Anna Jones has four rules: no kissing on the mouth, no staying the night, no telling anyone, but most of all, no falling in love. Drew Baylor is the quarterback football star who falls for Anna instantly. Her disregard to his fame is what catches his attention the most. One problem is that she has shut him down completely. Anna Jones has no time for relationships. All she wants is a hook-up and Drew has to convince her that they should be more. Good thing Drew knows how to play the game.

“I haven’t read this romance book yet, but it’s definitely next on my list because I’ve heard good things about the series,” Erno said.

A photo of an Amazon Kindle that contains 50+ romance novels. Photo taken by Sophia DeVito.

Emerson Moore has earned a reputation throughout college. She never stays with a hook-up for too long. Not long enough for them to actually get to know her, at least. She likes having a good time without the commitment of a relationship. Jaxon Riley, a gorgeous tattooed man moves next door to Emerson, and she isn’t sure how long her anti-relationship lifestyle can last. Jax is everything Emerson needs until his jealous ex-girlfriend appears in his life again. Will Emerson regret breaking her rule of no feelings?

My Tweets
Join 865 other followers