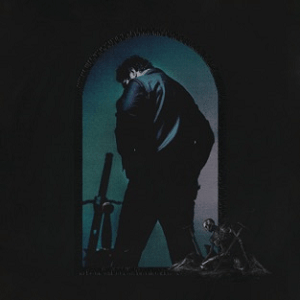 Post Malone released his third studio album, “Hollywood’s Bleeding,” on Sept. 6, shocking his audience with a new, gentle, pop-focused side of him with songs like “Allergic” and “Circles.” His album features Ozzy Osbourne, who hasn’t released a song in nine years, Future, Meek Mill, Halsey, Travis Scott and more.

In his previous albums, Post Malone has always included at least one slower ballad focused on heartbreak or personal problems (e.g. “Stay” from the album “Beerbongs & Bentleys” or “I Fall Apart” on the album “Stoney.”) However, on this album there aren’t any ballads, much to my dismay as those songs, along with songs about ending relationships, are my personal favorites. Instead, there are gloomy tracks that make the listener feel melancholic while somehow still feeling the hype of the beat.

“Hollywood’s Bleeding,” the title track, opens with a somber serenade from Malone, leading into an equally somber flow about a dreary life in polluted Hollywood. This song is one of my personal favorites on the album. It’s funereal descriptions play like a movie, setting the scene of a desolate Los Angeles with empty streets, rotting palm trees and burned down buildings.

The second song on the album, “Saint-Tropez,” focuses more on flaunting wealth and success. Usually, I am not a fan of these types of songs (it was my least favorite song during the first five or six times I listened through the album) that are all about the lavish lifestyles artists live. Malone somehow makes the arrogance of this style tolerable with catchy rhymes and the “Moneyball” reference. This is one of the few songs that is not saturnine and paints the picture of a man surrounded by the wealth he has waited so long for, all the while making a song to shout at the top of your lungs.

The next noteworthy song is “A Thousand Bad Times,” another favorite of mine. This song  concerns a woman making Malone’s life extremely difficult, then trying to burn his house down. If you’re looking for a song to listen to after a bad breakup or a bad day, this is it. “I’ve had a thousand bad times, so what’s another time to me?” is just what I want to hear after a rough patch in the road. Although nobody has ever tried to burn down my actual residence, the symbolism of someone burning a house down and making one’s life difficult hit home for me, which is another reason I thoroughly enjoy this song.

What shocked me about this next song is that people don’t know who Ozzy Osbourne is. “Listening to Post Malone…WHO is the Ozzy Osbourne guy…he’s so good…he’s gonna be FAMOUS AND POPULAR,” said one twitter user in a now-deleted tweet. It baffles me that today’s generation does not know the rock legend Ozzy Osbourne, but that’s beside the point. The point is this is the first song Osbourne has been featured on in nine years. “Take What You Want From Me” reflects late-80s hard rock with its killer guitar riffs and its lyrics based on a woman with a “heart of stone.” The song also incorporates modern rap elements with a verse from Travis Scott, which really ties the song together to create something extremely unique.

“Die For Me” featuring Future and Halsey gets back to classic Post Malone style with lyrics about significant others betraying trust and, at least in Halsey’s case, sliding into the DM’s of the girls the significant other was talking to and taking them home. Halsey’s verse as a whole is astounding. “I went through your phone and caught the girls in your DM’s and took all them home” are the best lyrics on this whole album. There’s sheer power behind the words and implication of getting back at a cheating partner. I don’t condone cheating by any means, but it’s a pretty bad-ass verse.

There is not a song on this album I hate; however, there are two songs I did not enjoy as much as those stated above. “Circles,” the single released a week before the album, is one of those songs. Sure the song is catchy, but it’s so pop-oriented and not what I was expecting from Malone. It fits the generic formula of a hit song: short Verse, chorus, short verse, chorus, bridge, chorus. It’s repetitive, and it doesn’t really have any significant meaning. I won’t skip the song when it comes on, but I would not go out of my way to play it.

“Goodbyes” featuring Young Thug was another single from the album. The only reason I did not like this song was Young Thug’s verse. The auto-tuned nonsense did not fit the overall bleak tone of the song. Young Thug raps about random things that just happen to rhyme, while the song is about wanting someone to leave and “being no good at goodbyes.” It’s a decent song and I won’t skip it if it comes on, but Young Thug’s verse was extremely disappointing.

Overall, “Hollywood’s Bleeding” is a great album, but it does not compare to Malone’s previous two albums, which have more of a unique sound and feel more personal. The songs on this album, while fantastic, do not live up to my expectations.